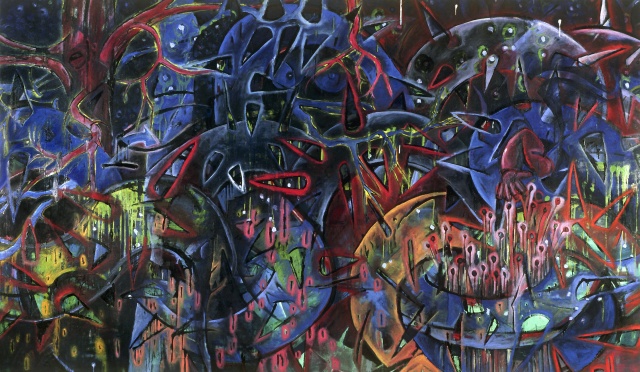 In 2004 I was awarded a Fulbright to look at globalization's impact on non-industrialized countries vis a vis artistic collaboration in Haiti. From the program website: "The Fulbright Program is the flagship international educational exchange program sponsored by the U.S. government and is designed to “increase mutual understanding between the people of the United States and the people of other countries.” " My grant was postponed and eventually suspended due to political upheaval and a coup d'etat. The U.S. Department of State is the principal sponsor of the Fulbright program. It was also accused of directly and indirectly supporting the coup, a charge that it has denied.

40% of the sale of this work will be donated to Beyond Borders & the Matenwa Community Learning Center in Haiti. This is the school where I would have been learning/participating had I gone to Haiti. I hope to go there some day.